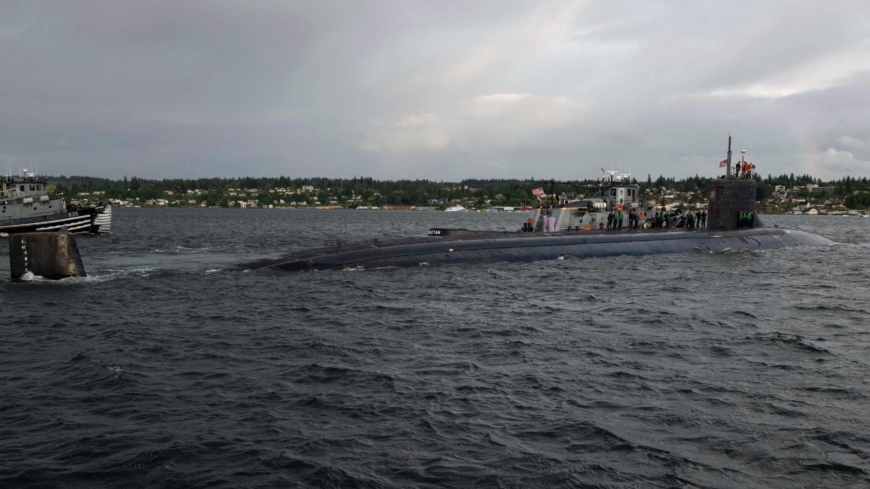 US nuclear submarine called USS Connecticut was submerged in the South China Sea when it collided with a yet-to-be-named object leading to a submarine being damaged and some of its sailors getting injured.

It’s unclear what the USS Connecticut submarine was doing in the area at the time but according to what both US politicians and Pentagon have been saying, the submarine may have been enforcing freedom of navigation while collecting intelligence and mapping the flow of the South China Sea.

According to an unidentified Chinese military officer, the US has been laying sonars in the South China Sea and most of its submarines which come to the are frequently operate at more than 100 meters below water surface which means that the Chinese military already is able and capable of tracking US stealth submarines and they knew the presence of Connecticut already but it unknown whether they had anything to do with the incident.

Connecticut submarine is among the Seawolf submarines which have an attacking role and are said to be one of the most sophisticated submarines in the world equipped with the latest technology but already some people were not only questioning why the submarine was in the area but also questioning its capabilities.

It should be noted that the US, UK, Japan led a coalition of navies that were also operating in the area when the incident happened to carry out military exercises in the name of freedom of navigation.

Its also true that the incident happened when Chinese warplanes were operating in the area near Taiwan and to the surprise of many, the Chinese airforce also sent anti-submarine warfare aircraft into the area.

Tensions were building up in the area especially the South China Sea in lead up to the incident with both China and US plus its allies showing force by conducting military exercises.

While the US and its allies wanted to send a clear message to China that more countries oppose China’s claims on Taiwan and the South China Sea, China wasn’t moved at all expect increasing its own military exercises and readiness to fight which led to a meeting in Zurich to try and bring temperatures down from a blink of a war.

US Navy says the investigation is ongoing to find out what caused the incident and has assured the Americans that the submarine remained in safe and stable conditions.

Many analysts have been warning that the disagreements between China and US will lead to world war III if not well managed. Note: we entered the decade of great uncertainty ( living dangerously)

Taliban enters Kabul, Afghanistan’s capital in a burst of gunfire