Defiant EndSars Protesters Refuse to Back Down, Despite Government Promises 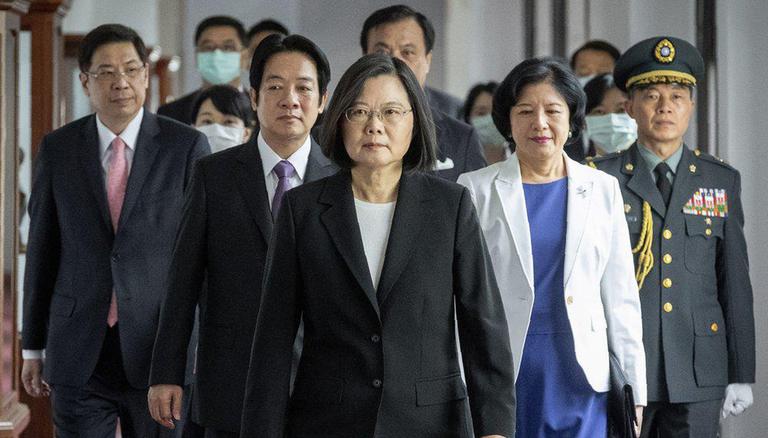 Tsai Ing-Wen the Taiwanese leader is on the offensive with words after president Xi Jinping of China offered a measured tone yesterday while marking 110 anniversary of the foundation of the Republic of China of peaceful reunification.

Tsai Ing-Wen says she hoped for an easing of tensions across the Taiwan strait as she warned that her government will not act rashly but said there should be absolutely no illusions that the Taiwanese people will bow to pressure.

Taiwan will continue to bolster our national defense and demonstrate our determination to defend ourselves in order to ensure nobody can force Taiwan to take the path China has laid out for us, Tsai Ing-Wen said.

She continued” this is because the path that China has laid out for us offers a neither free and democratic way of life for Taiwanese nor sovereignty for our 23 million people”.

China says Taiwan is its own territory and should be returned to the motherland but current Taiwanese authorities went to Independence and claim Taiwan is already independent although it’s recognized by not more than 15 small island countries in the world.

I think Tsai Ing-Wen should be careful not to underestimate Xi Jinping’s resolve to bring Taiwan back to China and also overestimate US confidence to come to their side in case of war because recent events in the South China Sea shows clearly that China is willing to go to war with anybody when it comes to Taiwan but the biggest question remains as to whether the US and its allies are willing to die in order to defend Taiwan.

I think if nothing serious happens in the next few weeks to months, there will be a relative reduction in tensions between US and China but I don’t expect the relationship between US and China to return to where it was before since most US leaders have decided to continue with the contest against China.

There’s no doubt that China has time on its side and can afford to wait until maybe in ten years when it becomes both economically and militarily more powerful than the US in order to solve the Taiwan question.

There’s even hope that the people of Taiwan will naturally return to China’s roots once China becomes the most powerful country on earth. Note: we entered the decade of great uncertainty ( living dangerously)